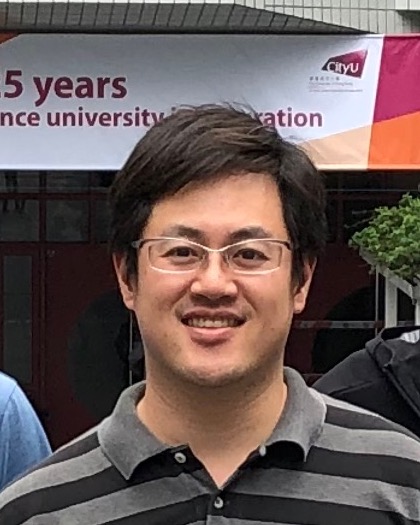 Dr. Antoni Chan is an associate professor at the City University of Hong Kong in the Department of Computer Science.  Before joining CityU, he was a postdoctoral researcher in the Department of Electrical and Computer Engineering at the University of California, San Diego (UC San Diego).  He received the Ph.D. degree from UC San Diego in 2008 studying in the Statistical and Visual Computing Lab (SVCL). He received the B.Sc. and M.Eng. in Electrical Engineering from Cornell University in 2000 and 2001. From 2001 to 2003, he was a Visiting Scientist in the Computer Vision and Image Analysis lab at Cornell. In 2005, he was a summer intern at Google in New York City. In 2012, he was the recipient of an Early Career Award from the Research Grants Council of the Hong Kong SAR, China.

In the sense of end-to-end training, the hand-crafted methods used for generating the density maps may not be optimal for the particular network or dataset used. To address this issue, we propose an adaptive density map generator, which takes the annotation dot map as input, and learns a density map representation for training a counter. The counter and generator are trained jointly within an end-to-end framework.

We propose a ParametRIc MAnifold Learning (PRIMAL) algorithm for Gaussian Mixtures Models (GMM), assuming that GMMs lie on or near to a manifold that is generated from a low-dimensional hierarchical latent space through parametric mappings. Inspired by Principal Component Analysis (PCA), the generative processes for priors, means and covariance matrices are modeled by
their respective latent space and parametric mapping.

On Diversity in Image Captioning: Metrics and Methods

In this project, we focus on the diversity of image captions. First, diversity metrics are proposed which is more correlated to human judgment. Second, we re-evaluate the existing models and find that (1) there is a large gap between human and the existing models in the diversity-accuracy space, (2) using reinforcement learning (CIDEr reward) to train captioning models leads to improving accuracy but reduce diversity. Third, we propose a simple but efficient approach to balance diversity and accuracy via reinforcement learning—using the linear combination of cross-entropy and CIDEr reward.

Crowd counting dataset of indoor/outdoor scenes with extrinsic camera parameters (camera angle and height), for use as side information.

IEEE Copyright Notice
©IEEE. Personal use of this material is permitted. However, permission to reprint/republish this material for advertising or promotional purposes or for creating new collective works for resale or redistribution to servers or lists, or to reuse any copyrighted component of this work in other works must be obtained from the IEEE.